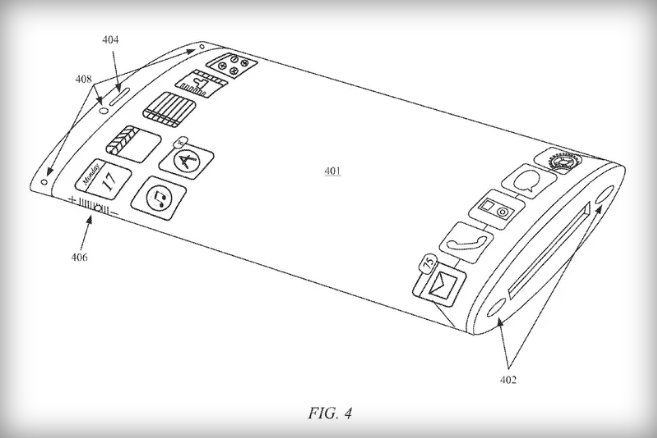 Apple: All Wrapped Up

Apple has been granted a patent for a 360-degree screen which would wrap a display around the front, back and sides of an iPhone.  All physical switches are now replaced with virtual buttons, according to the patent.

The application states “The wrap around display substantially increases the available display area that can be used for display of icons, data, images, video”.  This would allow you to watch videos and play games that appear seamlessly on both sides of your device.  The patent doesn’t indicate there’s any plans to implement this into an upcoming iPhone release soon, considering innovative patents can be too costly or ineffective in our current world.