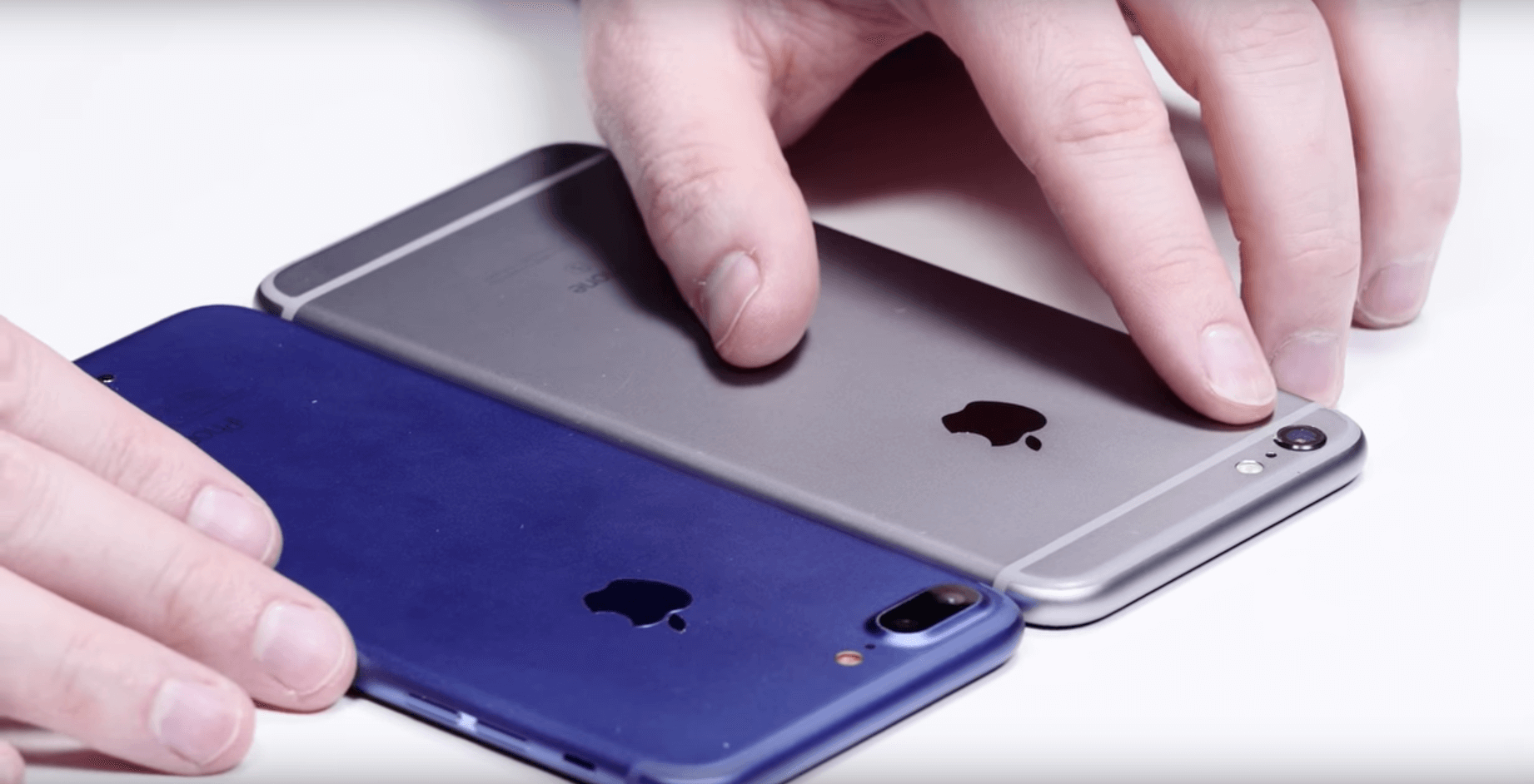 Hands on: Apple’s iPhone 7 Plus

As we get closer to the targeted release date of September 7th for Apple’s most powerful iPhone yet – we’ve seen plenty of leaks, but no concrete evidence of what to expect.

Lewis Hilsenteger, host of Unbox Therapy has his hands on a iPhone 7 Plus chassis.

Apple’s iPhone 7 Plus appears in a new color, comes slimmer than previous models and even boasts a more impressive camera that the smaller, iPhone 7 does not.  Let’s jump into the details.

With a host of new flavor the iPhone 7 Plus is the best iPhone we’ve seen to date from Apple.  The chassis is now clean of antenna lines and with the removal of the headphone jack and an addition of another external speaker grill in it’s place you should see an improvement in your sound output.  Don’t fret headphone users!  Both models of the iPhone 7 come with a Lightning to 3.5mm adapter so if bluetooth headphones or Lightning enabled listening isn’t for you then you’ll still have the same functionality.